The share of funding to female founders falls – again! 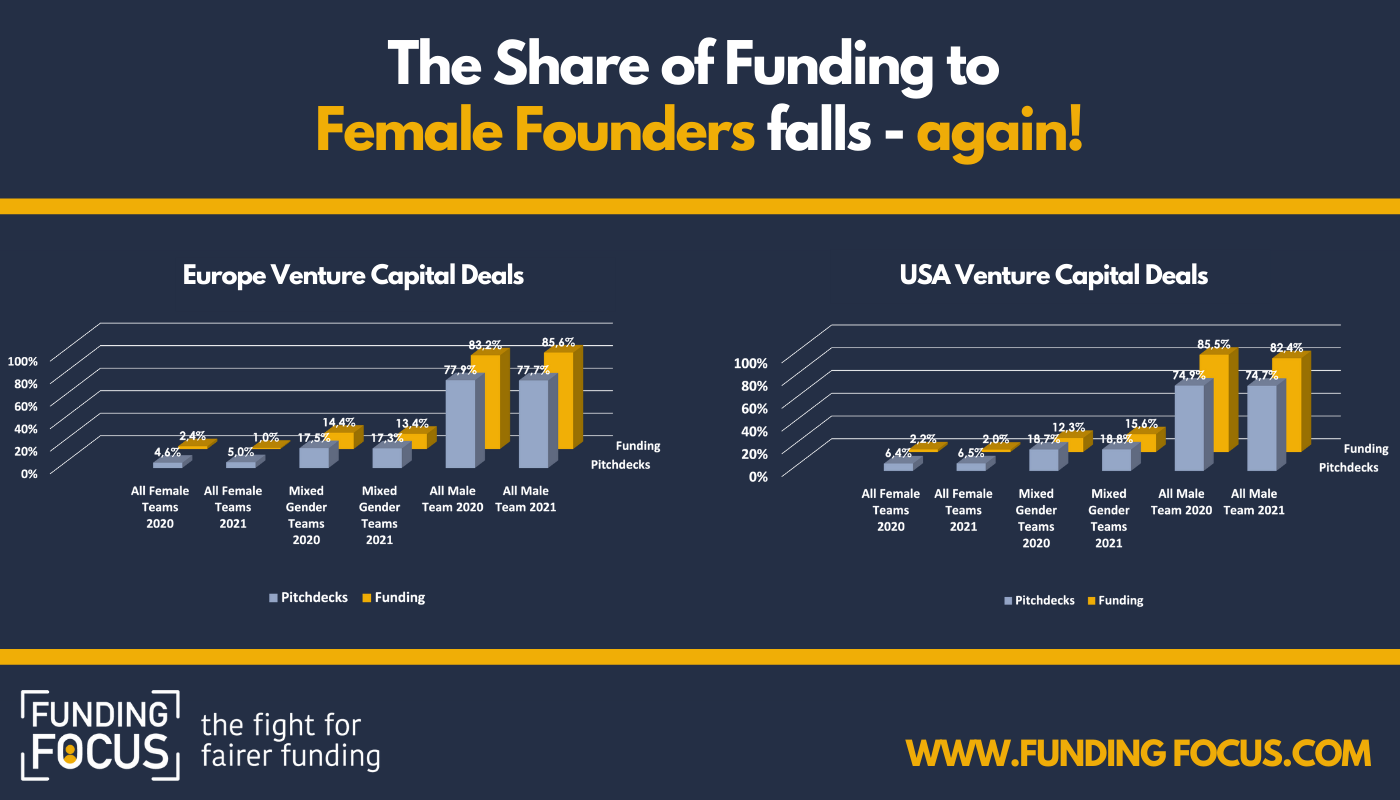 The share of funding to female founders falls – again!

Venture capital funding exploded in 2021, breaking all historic records. Stories of the “wall of money” have been widespread, and according to Crunchbase, investment by VC firms globally hit $643 billion in 2021, up 92% on 2020.

Yet again, female founders are not getting their fair share of this money.

Staying with the Pitchbook data and moving across the Atlantic to Europe, it’s an even worse story. Despite the record-breaking sums invested, the share of funding to mixed gender teams fell from 14.4% in 2020 to 13.4% in 2021, and the share to all female teams collapsed from 2.4% to just 1.0% of the total.

In the last 14 years, since 2008, in both the USA and Europe, which account for three-quarters of VC investment globally, the share of funding to female founders has never broken through 3%! My research suggests the share is even lower in much of the rest of the world.

It’s not a question of deal flow, which some narrow-minded investors have told me is the reason they don’t invest in female founders. As you can see from the graphic, all male teams are submitting around 75% of decks in the USA and getting well over 80% of funding. It’s a pretty similar story in Europe. Mixed gender teams are holding their own, but the situation for all-female teams is getting worse! You’ll see that all female teams submitted 5.0% of decks in Europe and 6.5% of decks in the USA – both up year-on-year – and yet their share of funding fell year-on-year to 1.0% in Europe and 2.0% in the USA.

Something has to change.

To support the Fight for Fairer Funding, please join me live at the London Stock Exchange on the afternoon of Thursday 10 March for our first in-person event since 2019. If you can’t make it to London, it will be streamed over the web. Save the date.

« The Gift of Human Connection
New Year’s Goals, Not Resolutions »