The Fight for Fairer Funding continues! 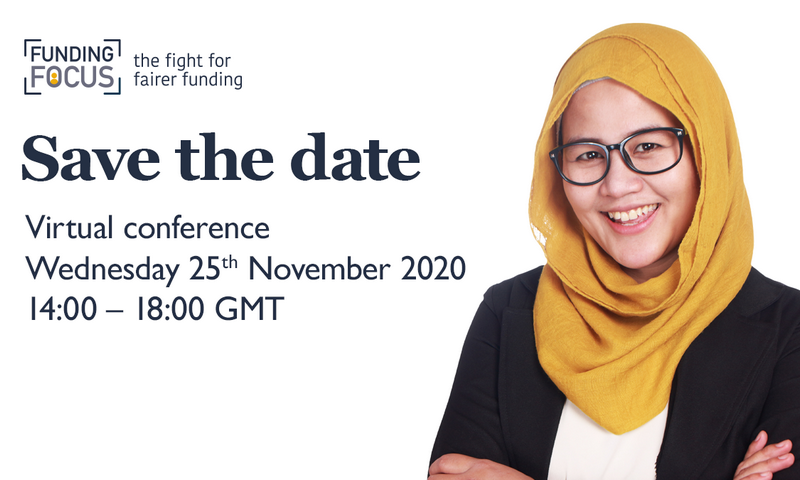 Founder of Funding Focus David Horne looks back on the inaugural Funding Focus conference last year and discusses the motivations behind 2020’s virtual event. Funding Focus is a social enterprise which seeks to raise awareness of the barriers faced by female and ethnic minority entrepreneurs when accessing external funding. We aim to spark conversations that ignite crucial change in this sphere.

Looking back at the inaugural Funding Focus event on 25 November 2019 at the London Stock Exchange, beyond the fact that it was an amazing day, two things in particular spring to mind:

Therefore, when it came to planning this year’s event, I decided to make some changes. Though we have had to move to an online event as a result of COVID-19, this does mean that we can reach a much wider audience than we could from a physical location in London or anywhere else. The timing of this year’s programme, being 14.00-18.00 GMT means that it also works for people throughout North, Central and South America, Europe, the Middle East and Africa. It might be an early start if you’re in Vancouver or San Francisco, and it might be a late finish if you’re in Baghdad or Nairobi, but it’s still very doable. It means that eight of the ten countries from which we received comments will be able to participate in our online event on the anniversary date of 25 November 2020. If you’re reading this in Asia-Pacific, we will run another event very soon at a time that makes sense for you. We will also be recording this event, so you can watch it at a more convenient time.

The other big change is that Funding Focus 2020 is not just about female founders. We are expanding to include diverse entrepreneurs of all genders as well. Those who were at last year’s event will remember the article from Morningstar, which found that of the 1,496 listed open-ended investment funds in the UK, 108 of them are run by men named David. As someone named David, I initially wasn’t too displeased. But then I realised that that same article tells us that only 105 funds are run by women. More funds run by a David than run by all women! And the vast majority of funding goes to men who are all quite similar in profile, men like David. People from diverse backgrounds owing to ethnicity and/or sexuality face the same uneven playing field as women.

Over the past year I have been interviewing dozens of female and minority founders who have successfully raised equity capital. You will hear some of their stories at this year’s event. I’ve also been working on two media projects that will play a big role in spreading the Funding Focus message:

In the meantime, we are cracking on with planning this year’s event and we look forward to seeing you on the day: 25 November 2020 –  the first anniversary of the inaugural Funding Focus conference. Get your free tickets here.