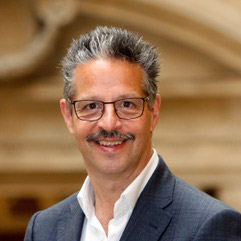 Earlier this year I was speaking about fundraising at a business event in Reading. A woman attending came up to me and asked: “Why is it that so little funding goes to female entrepreneurs?” I didn’t know the answer and said I would look into it. What I found was shocking.

The following week, I was in a meeting with the CEO of the British Business Bank. I had met Catherine at an event at the Institute of Directors a few week weeks previously, and this was a follow up meeting with no agenda other than to get to know each other better and see if there was anything we could help each other with. A classic follow up after networking. Nothing more, or so I thought.

During the course of our meeting, I mentioned the question about funding for female entrepreneurs. I was somewhat taken aback when she replied: “Oh yes, the British Business Bank undertook that study. Let me get you the full report.”

It turns out that former Chancellor of the Exchequer Philip Hammond commissioned the research as part of the 2017 Budget. The British Business Bank prepared the report in collaboration with the British Venture Capital Association and a non-profit partnership called Diversity VC. The key findings from the report were staggering:

This is unbelievable, and just plain wrong!

Right there and then I decided something needed to be done to raise awareness of this. So why, you may be asking, is a bloke doing this? There are two key things in my life that made it what we Canadians like to call a “no-brainer” decision:

In the moment the CEO of the Bank shared that report with me, I knew I had to do something about it. For the last six months I have been working with a small team of people from several prestigious organisations (sponsors London Stock Exchange Group, Four Communications and Reed Smith LLP, as well as PricewaterhouseCoopers, British Business Bank and World Business Angels Forum) and am delighted to announce that we will be holding our first event:

Funding Focus – the fight for fairer funding on Monday 26 November at 13.00-17.00 at the London Stock Exchange.

And watch this space for more information.

« A language for the future of business
If AI is the future, then it needs to be fairer first »