If AI is the future, then it needs to be fairer first 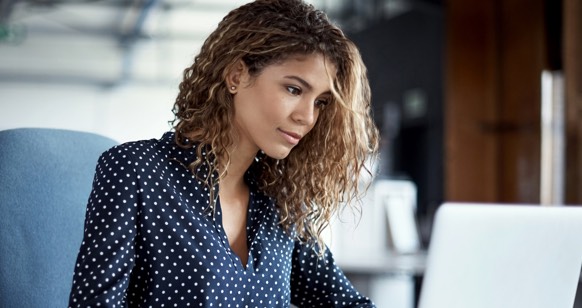 Year on year, the amount of venture capital invested into AI-centred start-ups is growing. Between 2014 and 2018, the venture capital raised for these types of companies in the UK increased six fold to $1.3 billion. This huge funding growth is mirrored by the ways in which our lives are becoming intertwined with AI in all its forms.

For example, figures from PwC suggest that AI will provide a $15.7 trillion boost to the global economy by 2030. This is likely to be coupled with the creation of 58 million net new jobs worldwide. AI currently underpins many algorithms that corporations use to save money and time. In perhaps the most obvious manifestation of its prevalence, there were 2.5 billion AI assistants in use at the end of 2018. The picture seems clear: AI is the future, and it is something which society will have to adapt around very rapidly. If AI is moving so quickly, it is inevitable that it will influence the societies which depend upon it.

However, for something that will be increasingly influential, the biases that AI exhibits are concerning. For example, a study conducted by Anupam Datta found that just as only 11% of the images generated were female when the search term ‘CEO’ was used in google, so the search engine actively advertised high-income jobs far more often to men. In 2018, Amazon had to scrap an AI recruiting tool which started downgrading CVs which included any reference to ‘women’. Almost all our AI assistants have female voices and names, and a UN study has suggested that this may reinforce perceptions of women as ‘subservient’.

Almost all these biased AI behaviours are a result of human input. Either the machines learn from biased datasets – such as research image collections which show women cooking and cleaning, while men are depicted playing sports; or machines are fed with malicious user-generated content, which teaches them not just bias, but how to espouse hatred.

A large part of this problem is the lack of diversity among AI’s creators. Just 10% of AI research staff at Google are female; only 2.5% are black. The large homogeneity of researchers is likely to create AI that is out of sync with the world it truly operates in. And this can become a vicious cycle; as the world of AI remains male dominated, and its output demonstrates bias, so women are less inclined to work in a field from which they feel excluded.

But this needs to change. If AI is to shape the future, then it must be underpinned by fairness. For all the technological progress that AI heralds, this must occur alongside social progress in order for it to be a genuinely valuable future technology. Otherwise, we risk it shaping society in concerning ways that may slip out of our grasp.

The only way for us to ensure that the future of AI is a positive one is for the industry to become more diverse. Join us for the Funding Focus conference on 25 November so that you too can be part of the change that innovation needs. Register for your free ticket by clicking the button below.

« Save the date!
A little bit of positivity can make all the difference »