Gender Pay Gap: What Can Entrepreneurs Do? 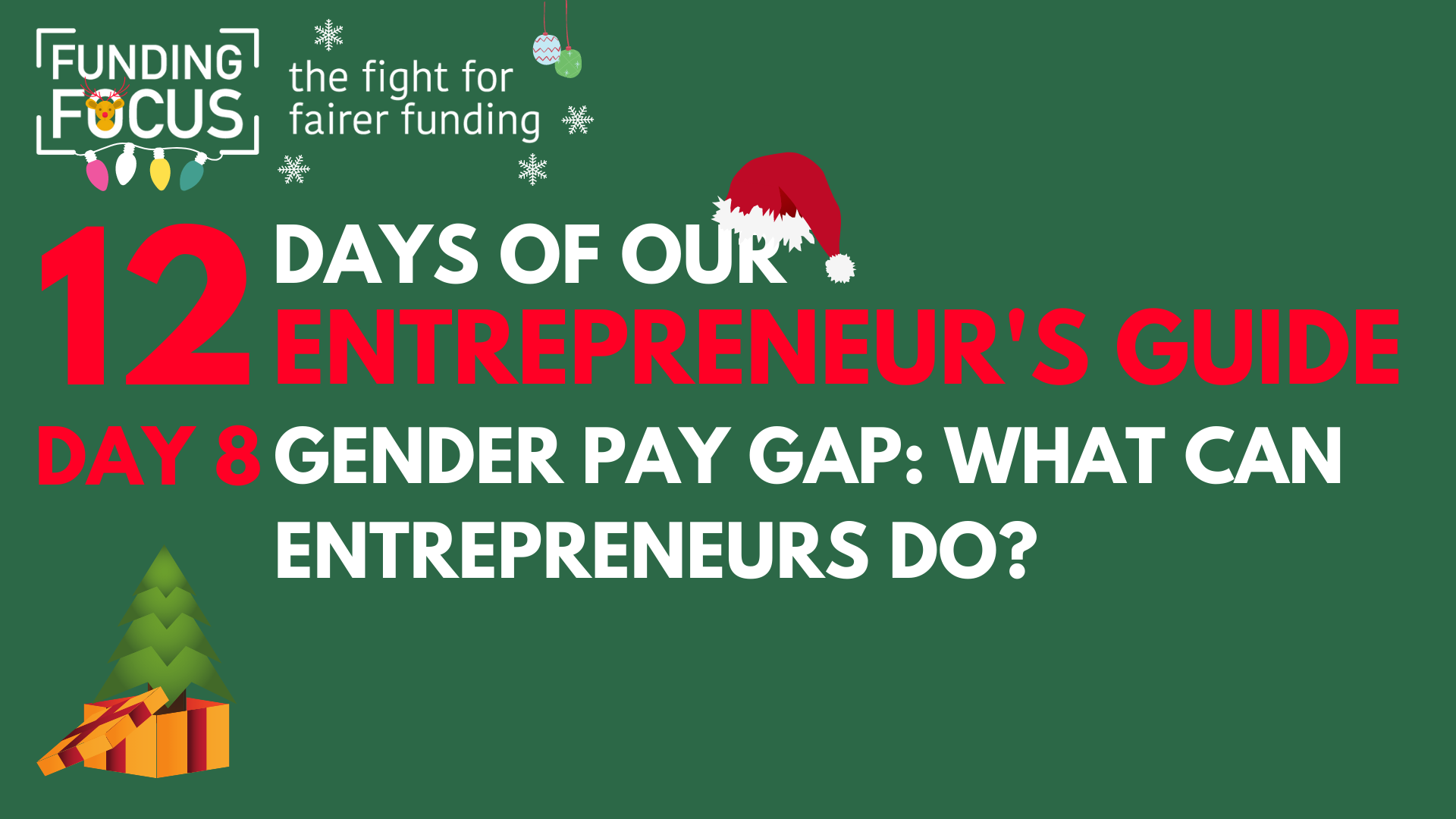 An Introduction to the Issue

A 2018 UK law required all UK companies that employ over 250 people to publish data reporting on the gender pay gap in their organisation. Reports were shocking, detailing the difference between the average hourly earnings of men and women. While the figures do not represent pay differences for the same role, the published findings provided a key insight into existing inequality in the workplace. From low numbers of women in top-level positions to the inequality of bonuses, the reporting showed that we are a long way from closing the gender pay gap.

Percentages are published at mean and median rates in order to understand the scale of the discrepancy. Here at Funding Focus, we recommend referring to the median figure, because average pay is often skewed by a handful of highly paid employees. That being said, it is important to look at the gender split at this level, to understand what needs to be done to increase gender equality in top-level roles.

It has been revealed that 9 out of 10 public sector companies pay men more than women with the average female salary being 14% less than male colleagues. The public sector employs 16.6% of the UK workforce, and so it is vital that this gap is closed. Councils have revealed that many of the top positions are held by men. Alongside discrepancy in pay, it is important to understand why men continue to hold the top roles, with women dominating the lower paid positions. The private sector is slightly better with a pay gap of 8.1%.

However, data published by high street banks has revealed that men receive far higher bonuses than women, with Barclays paying its male employees more than double in bonus pay compared to women. In traditionally female-dominated sectors such as retail, the problem persists. Trends have shown that despite women making up the majority of the workforce, men continue to hold the highest paid positions.

What Can Be Done?

The UK law mentioned above was a big step in terms of transparency. However, there is so much more that can be done. Women should be encouraged to discuss their pay with their employers and find out what their colleagues are earning.

As business owners, entrepreneurs have the luxury of embedding their own company values and culture.  We are not so restrained by the red tape or hierarchal pay grades that suffocate so many big corporations. For this reason, we encourage transparency. Promote conversations about salary to identify where your organisation is lacking.

Sites like Glassdoor can help you learn what others are earning in the same or similar positions in your country.

Work on closing the gap

This Guardian article notes the importance of getting more women into the boardroom and identifies the sectors where the gap is at its biggest.

Perhaps there aren’t enough women in senior positions? As an entrepreneur, think about what you can do about this issue. Obviously, the person has to be right for the role, but you could try to specifically look for a female employee.

More than anything, we encourage open, honest conversations. The flexible nature of entrepreneurial companies means that we can react quickly and amend salaries where needed. Your organisation might only be made up of 10 employees now, but it could eventually grow to 250 or more. As companies of the future, it is vital that we set a good example. It may be tough, you may need to review existing structures, but we can promise you it will always be worth it.

Equality benefits everyone, and if we haven’t convinced you, we’re sure this quote by former UN Secretary-General Kofi Annan will:

“Gender equality is more than a goal in itself. It is a precondition for meeting the challenge of reducing poverty, promoting sustainable development and building good governance.”

« Fundraising Tips: Debt Funding
The Link Between Recognition and Retention »