A language for the future of business 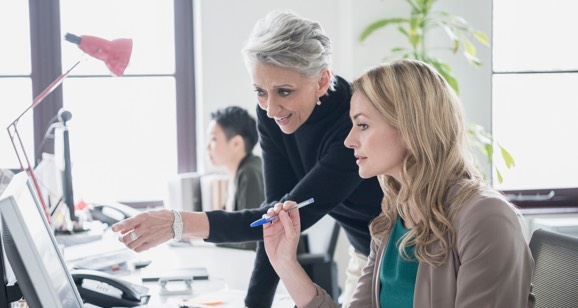 Earlier this year, an in-depth study found that gendered structures existent in many of the world’s major languages contribute towards gender inequality in society at large. The research suggests that the grammatical foundations of many languages reinforce gender stereotypes, and this has potentially caused 125 million women worldwide to be out of the labour force.

These findings are perhaps unsurprising, however uncomfortable they may be. But social listening conducted using Four Communications’ Mapper 360® methodology suggests that women who lead the field in business and tech are proactively trying to include female-centred language as part of their social media.

Some of the most popular twitter hashtags seen in groups such as business women and women working in tech include #women, #womenintech and #femalefounders. The language used by these groups to describe themselves on social media often emphasises success – the words most commonly seen in their twitter bios are ‘CEO’, ‘founder’ and ‘investor’. And this focus on their personal achievements goes hand in hand with the promotion of female-centric terminology.

While the choice of language for these women may be subconscious, it is clear that women in business and tech have identified a need to promote both their own success and their identity as women in conjunction.

Yet these positive uses of language reveal how far we still have to go, and they stand out because they seem to be the exception rather than the rule.
Research by Selin Kesebir of the London Business School has shown that the way we speak often privileges maleness over its female counterpart. For example, saying ‘women and men’ is a much less commonly used phrase than the reverse ‘men and women’. When presented with a photo of two people in an office setting, one male and the other female, 92.4% of people in Kesebir’s study described the man before the woman in their responses. This descriptive positioning was replicated across scenarios except for when participants were shown a photo of two parents, one male and one female.
And this is not the only symptom of the way that men have become foremost in professional contexts. A commonly replicated study asking participants to ‘draw an effective leader’ sees both women and men almost always depict that leader figure as a man.

Perhaps the reason we see women in positions of prominence using language which emphasises their femaleness is because they themselves recognise that being a woman in their position is not the default. Uses of female-centric language in conjunction with sentiments expressing prominence and success are not the norm, and so stand out. A linkedin survey showed that by and large, even successful women leaders are not optimistic that women have the same opportunities as men in the business world. This language of confidence, of positivity towards women and the successes they can achieve, can be seen as a subconscious but reactionary attempt to alter entrenched biases and the status quo in the world of business and leadership.

With the Funding Focus conference, we want to try to drive change through thoughtful and proactive action. Simply by focusing on the positives and the ways in which women can and have achieved, we hope to alter the conversation around women and entrepreneurship. We also hope that this is just the start of something much bigger, and the conference can serve as a springboard for both greater awareness and positive action.

Please do join us on 25 November at London Stock Exchange for the inaugural Funding Focus conference – register your place now here.